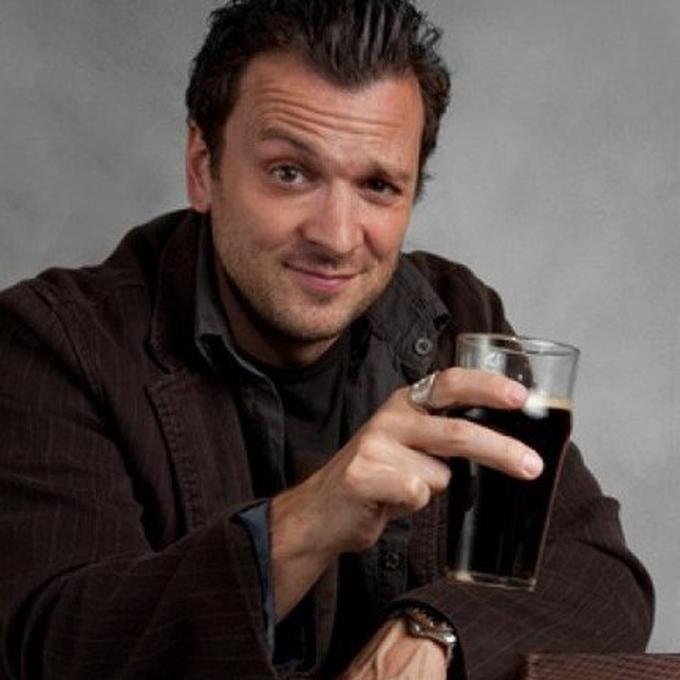 Television host Zane Lamprey is constantly being told he has the best job in the world. He can be seen hosting the imbibing travelogue, “Drinking Made Easy,” which airs on the AXS television network (owned by Mark Cuban & Ryan Seacrest). The show, which highlights local drinking cultures and customs of U.S. cities, is in its third season.

Lamprey can also be seen on the television show “Chug”, where he travels around the world by train, drinking with locals.  The show is the highest raising television series in Kickstarter history, bringing in nearly $600,000 in the 40-day fan-funded campaign.
Previously, Lamprey was the host of the cult sensation “Three Sheets” on Travel Channel, and most recently Spike TV, where his job was to travel around the world and drink. After four seasons, Zane had thrown back a few (and sometimes a few too many) in over 60 countries, including: Tanzania, New Zealand, Iceland, Tahiti, Greece, Ireland, and Lithuania. As he drank with the locals, viewers learned about the culture, people and spirits of the region.

Previously, Zane hosted “Have Fork, Will Travel” on the Food Network, where he traveled around the world and explored food customs. Proving that the magic wasn’t just in the bottle, he was just as successful at getting people to open up over fish stew as he was with a Sake bomb. From sitting down with a top French chef in Marseille to cutting down banana trees in Puerto Rico, Zane finds the interesting and funny in any situation.

Zane also hosts the very podcast “Zane & Dunn” with Dan Dunn.  On the show, they welcome special guests and discuss drinking news and stories from around the world.

As the most well-know personality in the ‘alcohol space’ Zane has built an empire around his brand, as well as a legion of dedicated fans, and the reputation as a personality that people trust. He has done hundreds of interviews for radio and print and has appeared as a guest on “The Tonight Show,” “Last Call with Carson Daly,” “Hannity” on Fox News, “CNN Headline News” and many others. He has also been featured in over fifty publications, including Vanity Fair, The New York Times, Los Angeles Times, USA Today, The Wall Street Journal, Entertainment Weekly, Playboy, Stuff and on the cover of Mutineer Magazine (May, 2009).

Zane has done two national comedy tours, including Drinking Made Easy the tour and Sing the Booze, where he debuted his album of drinking songs, while hitting cities across the US. The album, Zane Lamprey Live: Sing the Booze, which was recorded in front of a live audience in San Diego, CA at the end of the tour, was released on August 5, 2011.