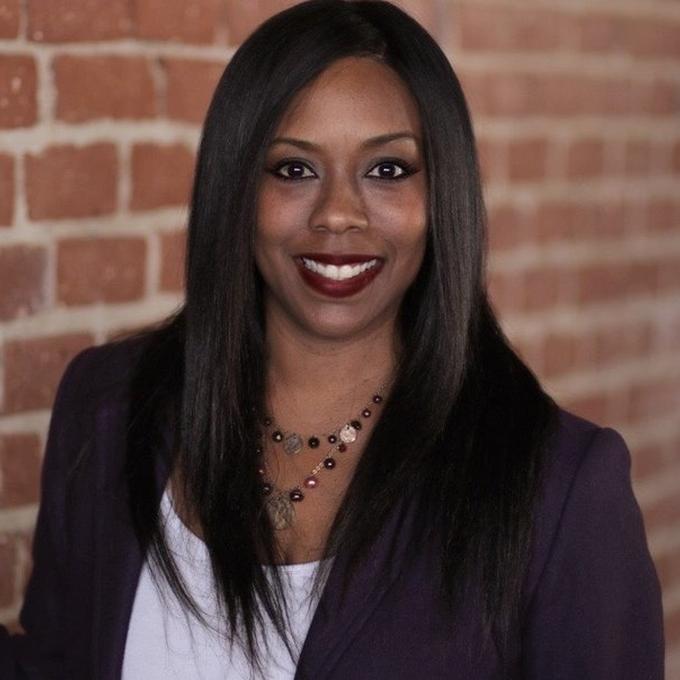 Sherri serves as the chief executive in charge SoLa Impact’s social impact strategy, operations and development. Sherri leads the execution to improve the lives of South LA residents by providing access to educational and economic opportunities.
In 2017, Sherri established The I CAN Foundation, SoLa’s non-profit affiliate, where she serves as Executive Director. Sherri spearheaded the launch of the COVID retraining and recovery scholarship fund which resulted in the awarding of a $1M grant from the Oprah Winfrey Charitable Foundation. Sherri led the development of South LA’s first state-of- the-art technology and entrepreneurship center to spur a new generation of technology entrepreneurs from the South Los Angeles community.

Prior to joining SoLa, Sherri was an Emmy nominated television executive producer and director. She spent two decades overseeing television programs and documentaries, covering social issues throughout the world. Her work has been featured on major media outlets including CNN, NBC, and MTV. Sherri is a South Los Angeles native and volunteers her time to local nonprofit organizations including the Dream Street Foundation where she serves as a member of the board of directors.

Sherri is a licensed foster parent and professionally trained Leadership and Life Coach. Sherri graduated from the University of California, Los Angeles with a bachelor’s degree in Sociology. She currently lives in Los Angeles with her husband and two sons.