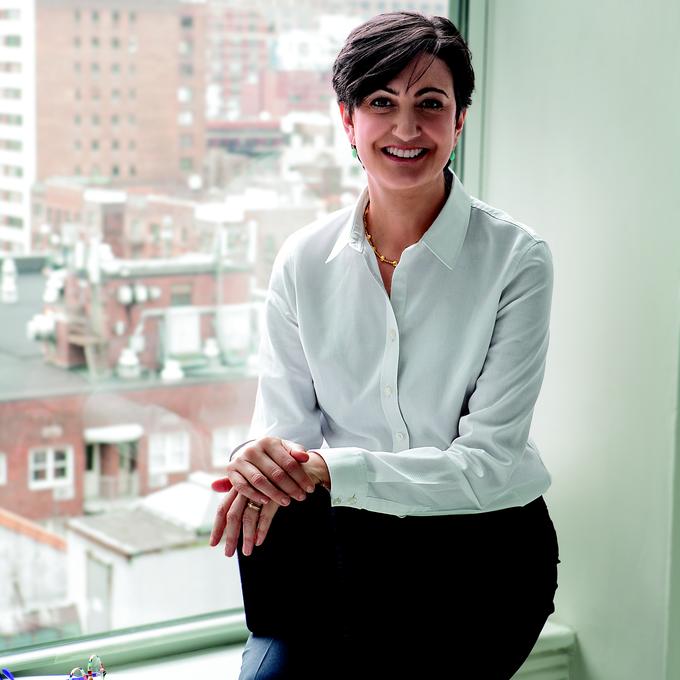 Marta Tellado joined Consumer Reports in the fall of 2014 as President and Chief Executive Officer of Consumer Reports, the largest and most-trusted nonprofit consumer organization in the world. She began her career in the consumer movement and has 25 years of experience as a frontlines advocate and leader for social justice. She is the organization’s eighth president since its founding in 1936.

Over its more than 75-year history, Consumer Reports has achieved substantial gains for consumers through its advocacy on health reform, food and product safety, financial reform, and other consumer issues at the federal, state and local level. The organization has advanced important policies to cut hospital-acquired infections, prohibit predatory lending practices and combat dangerous toxins in foods. Consumer Reports accepts no advertising, payment or other support from the companies whose products it evaluates. There are more than 8 million subscribers to its flagship Consumer Reports magazine, website ConsumerReports.org, and other information products.

Marta is known as a transformational leader with a talent for innovation, a lifelong commitment to social justice and a distinguished portfolio of accomplishments in mission-driven organizations.

Marta came to Consumer Reports from the Ford Foundation in New York, where she was Vice President for Global Communications and an officer of the board. While there, she led strategic communications and advocacy on a range of social-justice issues in the United States and around the world, including economic fairness, free and fair access to an open Internet, and civil rights.

Born in Cuba and raised in New Jersey, Marta began her career in public policy, advocacy, and social justice working alongside consumer advocates Ralph Nader and Joan Claybrook at Public Citizen. Since then, she has served as Executive Director of the Domestic Policy Group at the Aspen Institute; as Director for National Issues and Outreach for Senator Bill Bradley; and as Vice President of the Partnership for Public Service, where she launched the Best Places to Work in the federal government and the Service to America awards.

Marta holds an M.A. and Ph.D. in political science from Yale University.