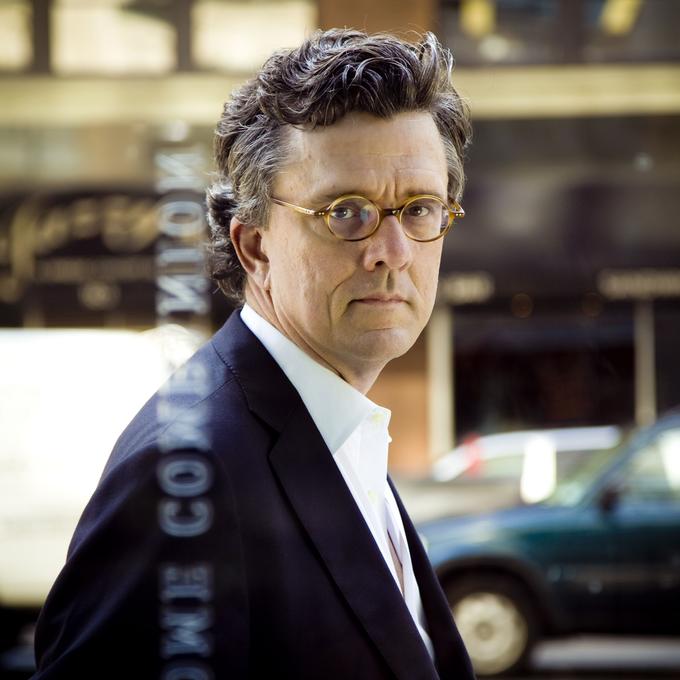 KURT ANDERSEN is a writer. He’s the author of the novels True Believers, Heyday and Turn of the Century. His latest book, True Believers, was published in 2012, and appeared on the best-novels-of-the-year lists of the San Francisco Chronicle and Washington Post.  Booklist called it “an ambitious and remarkable novel” of “spellbinding suspense.” According to other reviewers it’s “fiendishly smart, insightful and joyously loopy” (Chronicle); “the best reverie on the 1960s and their legacy” (Fortune); “intelligent and insightful,” “emotionally accurate” and “profound” (USA Today).  And Vanity Fair called it “a great American novel.”

Heyday was a New York Times bestseller that the Los Angeles Times called “a major work.” The New York Times Book Review said there is “something moving, a stirring spirit, in the energy of its amazement.” And the Houston Chronicle  (and nine other papers) said it “deserves instant acceptance into the ranks [of] Thomas Berger’s Little Big Man, E.L. Doctorow’s Ragtime, [and] Gore Vidal’s Lincoln.” It was included on several best-books-of-the-year lists, including the New York Public Library’s, and won the Langum Prize as the best American historical novel of 2007.

The New York Times called Turn of the Century “wickedly satirical” and “outrageously funny” and named it a Notable Books of the year, while The Wall Street Journal called it a “smart, funny and excruciatingly deft portrait of our age.”  It was a national bestseller.

In 2009 he published Reset, an “influential” (Huffington Post), “heavyweight” (USA Today) and “inspired and inspiring” (BoingBoing) essay about how America might change for the better follwoing the economic and financial crises of 2008 and 2009.

He has also written for film, television and the stage. He has written screenplays for Walt Disney Pictures and Village Roadshow. During the 1990s he was executive producer and head writer of two prime-time specials for NBC, How to Be Famous and Hit List, starring Jerry Seinfeld and Julia Louis-Dreyfus, and a creator of three pilots for ABC and NBC. More recently he developed a prospective half-hour series for HBO.

He helped develop and serves as creative consultant on a Broadway musical about Harry Houdini being written by David Ives and Stephen Schwartz. He was also co-author of Loose Lips, a satirical off-Broadway revue that had long runs in New York and Los Angeles starring Bebe Neuwirth, Harry Shearer and Andy Richter.

In 2011 he served as a guest Op-Ed columnist for The New York Times.  From 2004 through 2008 he wrote a column called “The Imperial  City” for New York (one of which is included in The Best American Magazine Writing 2008), and contributes to Vanity Fair (where piece of his won a 2009 Deadline Club Award). He was previously a columnist for The New Yorker (“The Culture Industry”) and Time (“Spectator”). He began his career in journalism at Time, where during the 1980s he was an award-winning writer on politics and criminal justice before becoming, for eight years, the magazine’s architecture and design critic.

He is also host and co-creator of Studio 360, the cultural magazine show produced by Public Radio International and WNYC  broadcast on 217 stations to 750,000 listeners each week. The show won Peabody Awards for broadcast excellence in both 2005 and 2013.

From 2001 through 2004 he served as a creative consultant to Universal Television, co-creating the Trio channel and helping to shape Universal’s other cable programming.

As an editor, he co-founded the transformative independent magazine Spy, which was nominated for two National Magazine Awards, and increased its circulation tenfold and became profitable after just three years. He also served as editor-in-chief of New York during the mid-90s, presiding over its editorial reinvigoration and record profitability. In 1999 he co-founded Inside, an online and print publication covering the media and entertainment industries, and in 2004 and 2005 he oversaw a relaunch of Colors magazine. In 2006 he co-founded Very Short List, an online service for cultural connoisseurs who would probably never call themselves “connoisseurs.” From 2007 to 2009 he was editor-at-large for Random House, responsible for finding, conceiving, and overseeing non-fiction books.

At the Smithsonian’s Cooper-Hewitt National Design Museum  in 2004, he curated an exhibit called “Faster, Cheaper, Newer, More: Revolutions of 1848.” He has since joined the board of trustees of the Cooper-Hewitt, and also serves on the board of the Pratt Institute. He graduated magna cum laude from Harvard College, where he was an editor of the Lampoon. He received an honorary doctorate from the Rhode Island School of Design in 2005, and in 2009 was Visionary in Residence at the Art Center College of Design in Pasadena. He was named by New York magazine as one of the “100 People Who Changed New York,” and by Forbes as one of the “25 Most Influential Liberals in the U.S. Media.”  And he was named the 2014 arts Medalist by Harvard College’s Signet Society. He lives in Brooklyn with his wife, Anne Kreamer.