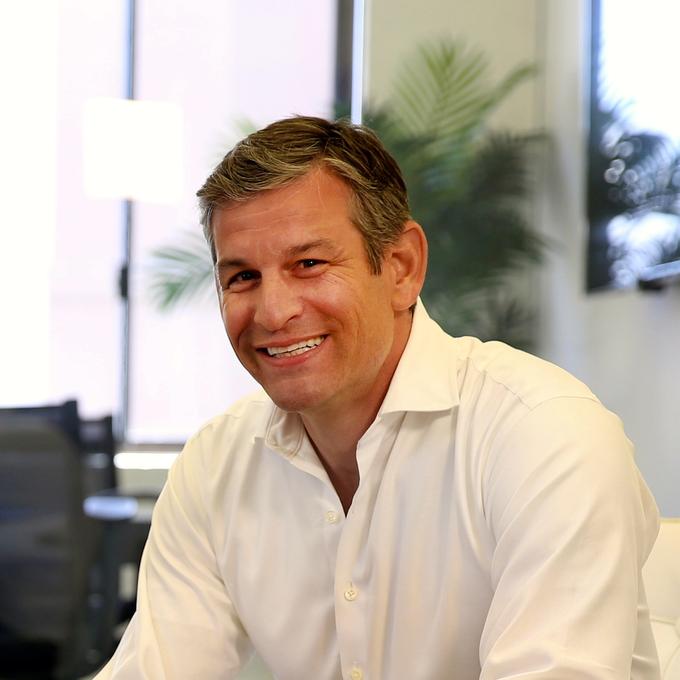 Jeff Rosenblum is the Founding Partner and Chief Strategy Officer of Questus, a leading digital advertising
agency with offices in San Francisco, Orange County, and New York City. He is also a documentary
filmmaker, author, public speaker, and noted disruptor in the world of marketing and advertising.

Since Jeff launched Questus in 1998, the firm has worked with some of the world’s most influential brands
– including American Express, Apple, Capital One, Disney, General Mills, Ford, ESPN, the New York Times, The NFL, Samsung, Starbucks, Suzuki, Universal, Verizon, and Wyndham. Questus focuses on using
digital advertising to build brands, drive revenue, and create evangelists through empowering content.

Jeff wrote and directed a documentary about the advertising revolution called The Naked Brand. It was
praised for its inspiring message that corporations can improve the world, one small step at a time. His first
book, Friction (PowerHouse, 2017) explained how “passion brands” are built in the age of disruption, and
quickly became Amazon’s #1 selling business book.

Despite barely graduating college, he has given speeches at some of the top universities in the world,
including Yale, Cornell, Columbia, and London Business School. His appearances at industry conferences
have included ad: tech, TEDx, Hubspot, Inbound, Digiday, DMA, and iMedia. His media appearances
include Bloomberg TV, Newsweek, The New York Times, Glossy, Blaze TV, Cheddar, Ivy, Entreleadership,
and more.

Before starting Questus, Jeff went to the University of Vermont with his best friend and agency co-founder,
Jordan Berg. While there, he entered the Vermont Toughman Competition and got knocked out by
someone much tougher than him. Apparently, it was worth it, because he gets to put it in this bio. In his free
time, Jeff is addicted to learning new skills, including telemark skiing, fly fishing, and playing funk guitar. His
guitar instructor summarizes these endeavors, describing his playing as “mediocre, at best.”

Jeff serves on an advisory board for the Special Spectators, which provides sports experiences for kids
facing life-threatening illnesses. He and his family built a school in a remote village in Nepal while working
with the BuildOn organization. He lives in New York City with his wife and two kids, who are much cooler
and better looking than he is.