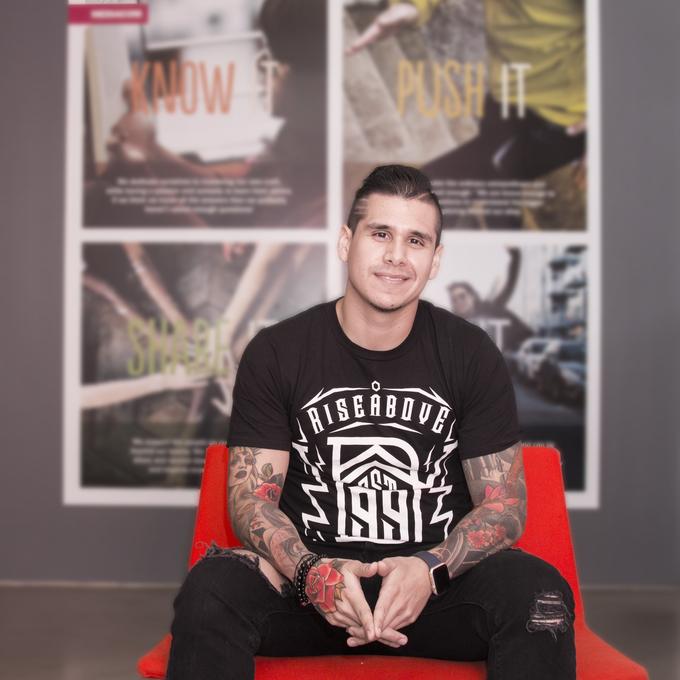 He started his art career at the young age of seven, doodling cartoons from TV and comic books. Gus was then introduced to computers where he sharpened his design skills in Microsoft Paint, and then soon discovered the new thing called the internet. During his pre-teen years, he taught himself computer programming and HTML coding.
A native New Yorker, Gus was inspired by the personality of his neighborhood. Graffiti was an influential presence, and throughout high school and college he travelled the world as a mural artist.

Gus began his career at MTV as an art director for digital integrated marketing. In 2014, he joined MediaCom as the Director of Digital Innovation. He doesn’t “think outside the box.” Gus knows the box was never there.

His role involves creative development and a holistic approach to digital, content and social for brands including Revlon and Anheuser-Busch InBev, Subway and Mars.

Gus has won many industry awards for his work including two Webby Awards and a MediaPost Digital Out of Home Award for the Revlon billboard in Times Square. He was a featured artist in Antenna Magazine and honored for top creative content on Tumblr.

Gus lives in New York with his dog Benji. They enjoy playing hide-and-seek around the house.