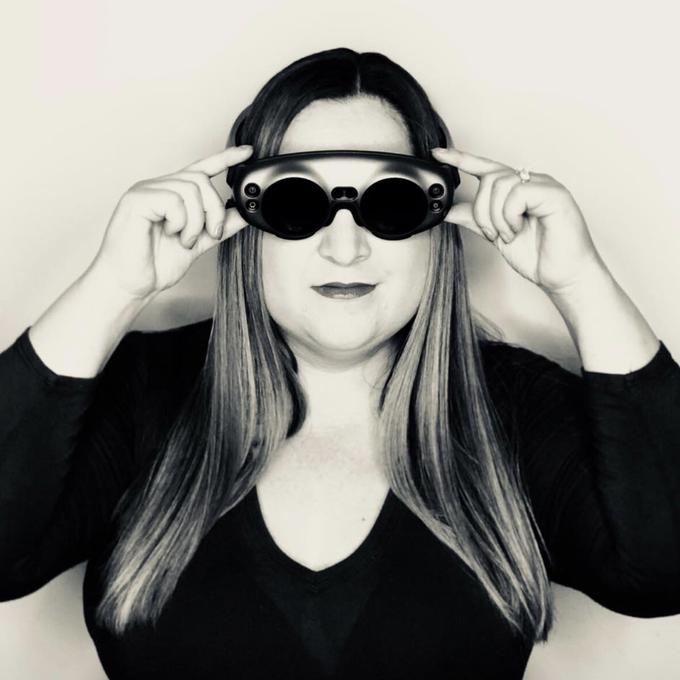 Futurist, speaker and author, Cathy Hackl, is a globally recognized augmented reality, virtual reality and spatial computing thought leader. She’s the #4 Top Technology Voice on LinkedIn (the highest honor on the platform) and the futuristic tech videos she shares there have garnered close to a million views.

She currently works as part of the Enterprise Strategy team at Magic Leap where she helps drive Magic Leap's enterprise go-to-market strategy as the company engages and provides solutions for enterprise verticals such as Manufacturing, AEC, Automotive, Education, Healthcare, etc.

Prior to that, Cathy was the lead futurist at You Are Here Labs, where she led agencies, brands and companies in applying Augmented Reality and Virtual Reality for marketing and training and worked with brands like AT&T & Porsche.

Hackl worked as a VR Evangelist for HTC VIVE during the launch of their enterprise VR headset and during the company’s partnership with Warner Brothers’ blockbuster, Ready Player One. She's the co-author of Marketing New Realities, the first VR AR marketing book ever written. She also worked as Chief Communications Officer for cinematic VR studio Future Lighthouse, where she collaborated on projects with Sony Pictures Entertainment, Oculus, Beefeater, and William Morris Endeavor.

Hackl has been featured in media outlets like Forbes, Barron’s, Salon, VentureBeat, Digiday, Tech Target, CMO.com, and Mashable. She is a global advisor for VR AR Association and was recognized in 2016 by NBC News as one of the top Latina women working in VR.

Before working in spatial computing and technology, she worked as a communicator at media companies such as CNN, Discovery, and ABC News and was nominated in 2007 for an EMMY Award for her storytelling work. She's also the creator of the world’s first holographic press release and loves all things spatial computing, artificial intelligence and futurism.