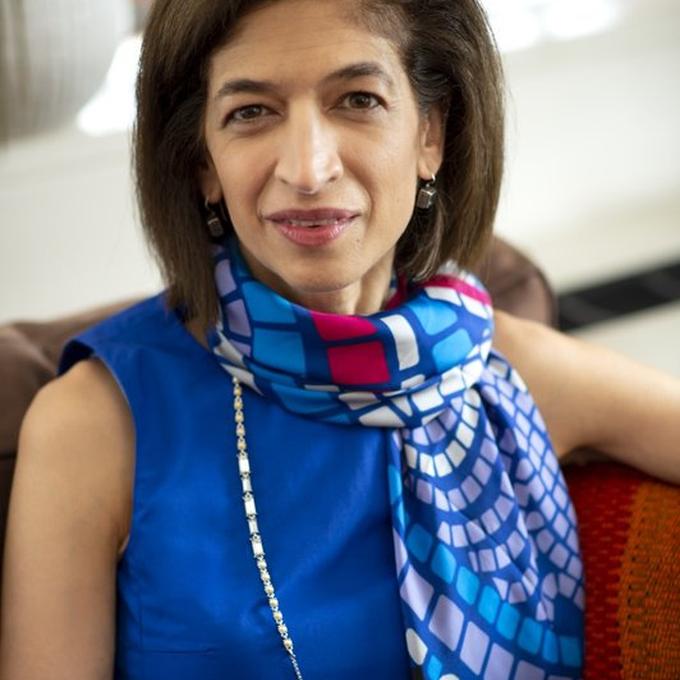 Yasmeen Hassan is the Global Executive Director of Equality Now, an international human rights organization dedicated to legal equality for women and girls. A feminist since age 10, she is dedicated to the cause of gender equality and believes the first step to achieving it is equal treatment under the law. She has appeared in numerous media outlets to address the global situation of women, including Al Jazeera, CNN, the New York Times and the Washington Post. Yasmeen is a native of Pakistan and authored the country’s first study of domestic violence, which ultimately became Pakistan’s submission to the Fourth World Conference on Women in Beijing in 1995. Under her leadership Equality Now won the International Gender Equality Prize from the Finnish Government. Yasmeen sits on the Boards of Musawah, a global movement for equality in the Islamic family, Gucci CHIME for CHANGE and Gucci Changemakers. She holds a J. D. from Harvard Law School and a BA from Mount Holyoke College and lives with her two sons in New York.