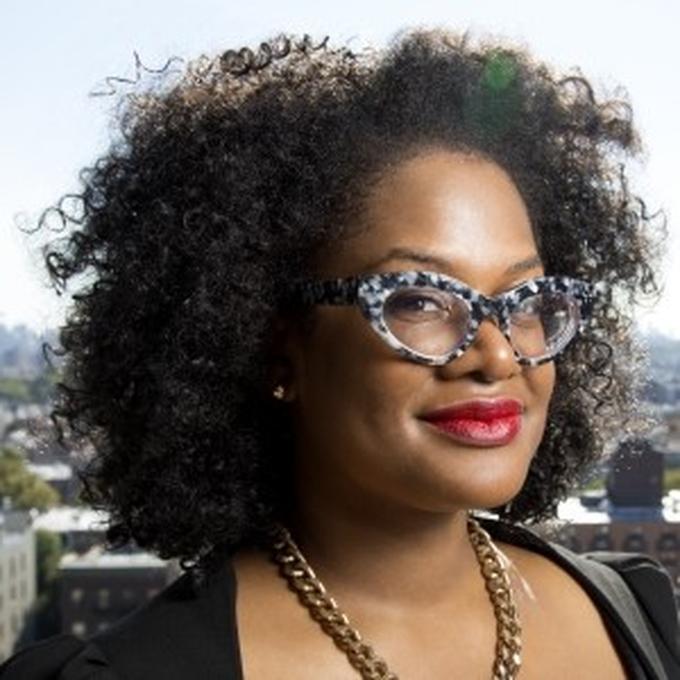 Over the past ten years, Kathryn Finney has made her mark as a tech entrepreneur, social media visionary, investor, writer, and television correspondent.

Kathryn is the founder and Managing Director of digitalundivided (DID), a social enterprise that fosters economic growth in communities by finding, training, and supporting women of color entrepreneurs. She is also a General Partner in the Harriet Fund, the first pre seed venture fund focused on investing in high potential Black and Latina women-led startups and the founder of the Harriet Angels Syndicate, an angel investment syndicate focused on providing the “first” investment to exceptional Black and Latina women founders.

Since founding DID in 2012, the organization has impacted over 2,000 people and helped raise $15MM in investments. Her pioneering research, “#ProjectDiane”, was widely discussed and covered (Forbes, CNN, Fast Company, etc.) for quantifying the often overlooked state of Black women in the tech entrepreneurship space and is impacting policy from state houses to the White House.

Kathryn was an early social media pioneer, founding one of the first lifestyle blogs, the highly influential The Budget Fashionista, which she sold in 2014, making her one of the only Black women to sell a tech company.

As one of the most respected voices in national conversations on innovation and tech, Kathryn is sought for her insightful perspectives on building online communities, bringing innovation to emerging communities, and the intersectionality of race and gender in the tech space. She’s been featured in over 1000 press articles and has received numerous awards including, Marie Claire’s 10 Women to Watch in 2016, Entrepreneurs Magazine’s “Woman to Watch in 2016,”, New York Business Journal’s Women of Influence Award, Ebony Power 100, Black Enterprise “40 under 40” list, and was inducted into Spelman College’s “Game Changers Academy.”

Owing to her unique background as a Yale educated epidemiologist, Kathryn distinguishes herself as a visionary that can elevate even the most mundane facts and figures into intelligent, engaging, and powerful presentations. She effortlessly weaves her trademark Midwestern wit, refreshing candor, and compelling authenticity into every talk, whether tackling the pivotal role of women as business leaders in today’s innovation economy or the principles of Lean Startup for small businesses. She’s a frequent keynote at conferences and companies as diverse as the Forbes Women of Power Summit, Google, and Columbia School of Business.

She lives in Harlem with her husband, a Software Engineer and her son.