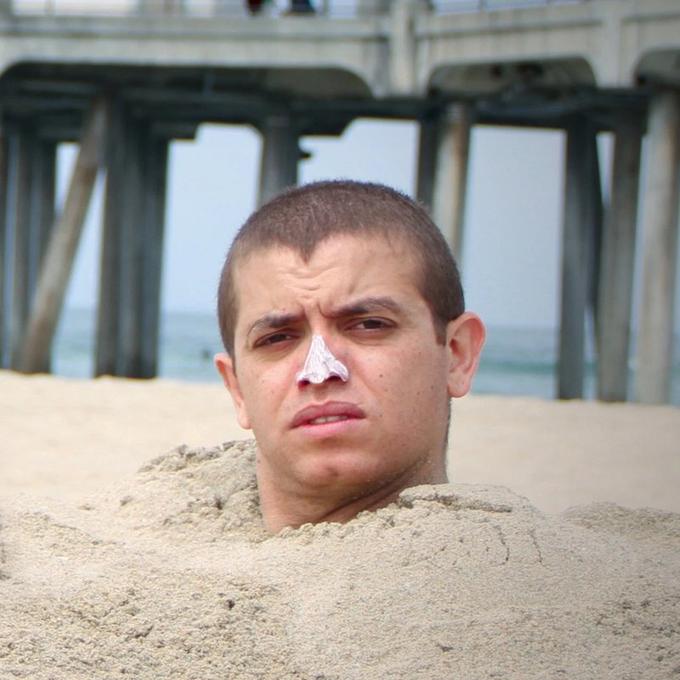 José was born and raised in Ensenada, México. When he was 15, he came to the USA with a dream of one day becoming an architect. This made his mom very proud.

Two years into architecture school, he found himself in the library questioning why the hell he picked a career that involved so much math. As he pondered his next move, a funny commercial popped up on his computer. He watched it and thought “You can get paid to make that?” The very next day he called his mom to inform her he was dropping out of architecture school. This made his mom… well, you can imagine.

In the 16 years since that fateful visit to the library, he’s gotten to work with great people, at great agencies, on great brands such as AT&T, Ruffles, bubly, Burger King, Mtn Dew, Pepsi, Hyundai, Finish Line, Samsung, Marvel, Activision and Infiniti.

Today he lives in L.A. with his wife, Erika, their sons, Marko, Nico & Diego and their dogs, Rosie & Chica. He’s worked with his partner Carissa for 12 years (and counting.) Last year, thanks to his career in advertising, he was able to help his mom buy a house right down the street from him. And even though she's (kind of) gotten over the fact that he’s not an architect, she still reminds him that if he would have finished architecture school, he could’ve designed that house himself.