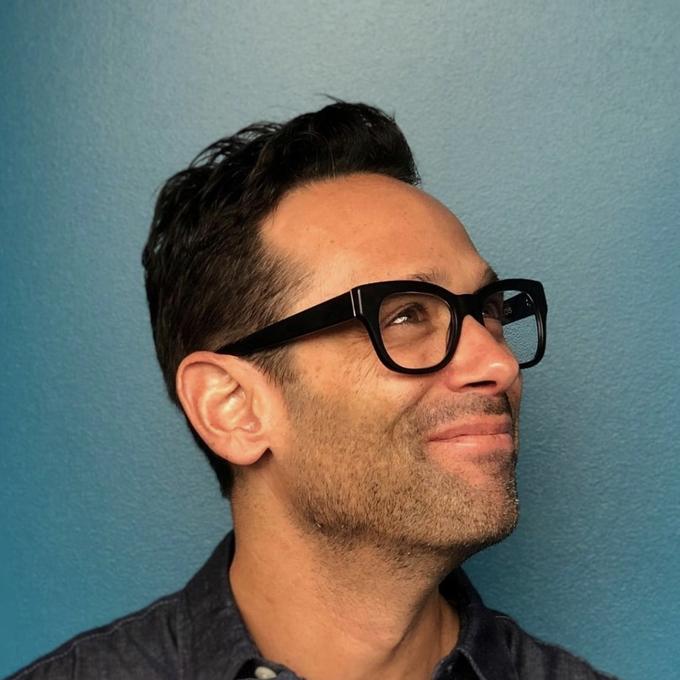 Jason Sperling currently serves as Global Executive Creative Director for Facebook Reality Labs. He has worked in advertising and marketing for over two decades developing iconic work for clients that include Apple, Honda, TikTok, Amazon, Disney, UNICEF Worldwide and many others.

Among his notable achievements, in 2015 Adweek selected Jason as one of the Top 30 Creative Directors in the country. His work for Honda has won numerous top international awards, as well as an Emmy nomination for his short film for Honda called “Paper”. His Super Bowl commercials are included on several all-time best lists. His “Mac vs. PC” campaign was declared “Campaign of the Decade” by Adweek and listed among the Top 10 Campaigns of the Century by AdAge. And his The Imaginary Friend Society film series, which explains the many facets of the pediatric cancer experience, has been translated into over a dozen languages and is being used by hospitals worldwide.

His first book, Look at Me When I’m Talking to You: Building Brand Attraction in an Age of Brand Aversion was released on Instagram (@lookatmebook). It was launched a page a day for over 160 days in order to demonstrate the need to breakthrough in today’s challenging media environment. Jason’s second book, Creative Directions: Making the Move from Talent to Leader provides creative people with the tools to become effective creative leaders and is being published by HarperCollins Leadership in February 2021.

Jason received a Bachelor degree from University of California, Los Angeles and now sits on their Sociology Department Executive Board. He received a Masters degree from the Academy of Art and proudly holds their Distinguished Alumni Award.