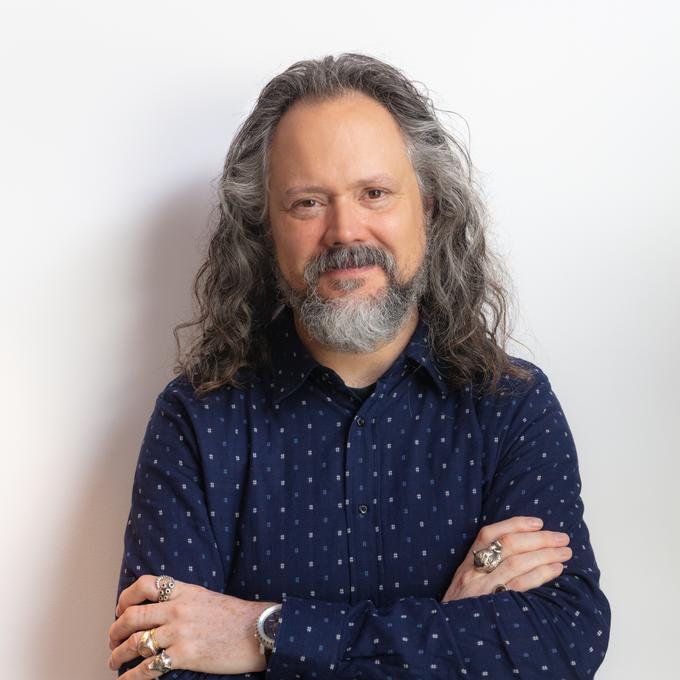 I was born in the small town of Parets del Vallès on a Saturday of the 20th Century. Throughout my career, I've been lucky enough to be part of some of the most exciting and creative companies in advertising, innovation, and entertainment. That’s probably why, despite being in this mad industry for over 20 years, winning well over 100 of the most prestigious awards, and giving talks and workshops around the world, I still keep the excitement of a newbie.

My journey is indeed a journey. I’m currently the Executive Creative Director at We Are Social Australia, but I started as a copywriter back home in Barcelona. I quickly became a Creative Director at DoubleYou, leading projects for San Miguel, SEAT, Audi, and Nike –including the 2004 Cannes Grand Prix winner–. After 6 years, I decided to cross the pond to be part of the interactive team at Crispin Porter + Bogusky, working for clients like Domino's Pizza, Burger King, Nike, and Volkswagen. Our work got global recognition and we were named best digital agency of the year in Cannes. Following that stimulating stint, I joined Wieden+Kennedy Amsterdam, as a Creative Director for global clients such as Coca-Cola, Electronic Arts, BASF, and Nokia, and later became the Head of Creative Innovation across all accounts. Seven years later, I decided to return the US to be the Chief Creative Officer of The Barbarian Group in NYC. For over 2 years we helped spread goodness one KIND bar at a time, brought back Crystal Pepsi, told how IBM's cognitive technology was at the center of impactful personal stories, flew drones to show the innovative power of GE around the world, and boarded with Nicole Kidman on a VR flight with Etihad from NY to Abu Dhabi. Working on this project, I fell in love with virtual reality, so I decided to team up with the experience studio Here Be Dragons, founded by Patrick Milling-Smith and Chris Milk, as their Executive Creative Director. Very quickly, Dragons became one of the most prestigious and awarded VR-centric studios in the world. We created award-winning projects for clients like the USC Shoah Foundation, StubHub, Samsung, TOMS, Netflix, as well as original IP, like the Cannes Lion Gold winner series Dispatch by Edward Robles, which premiered at the Venice Film Festival 2017 and was selected at Sundance 2018.

As a result of working for brave and demanding clients, and of being surrounded by excellent colleagues, I've collectively won well over 100 awards, including Cannes Lions, One Show Pencils, CLIO, New York Festivals, Shorty, Webby, SXSW, El Sol, and FIAP. I've also been on the jury of the most prestigious advertising award competitions around the world, and have given speeches at industry conferences across the globe.
I’m proud of my career, especially because the beginnings weren’t very promising: I worked at a TV station that couldn't pay the electricity bills, as a designer at a sketchy board game manufacturer that stole ideas from their competitors, and as an offset press operator at a local print shop with no ventilation. That's why I don't take anything for granted, and I seize the day, every day.

After living in Barcelona, Madrid, Miami, Boulder, Amsterdam, and NYC, home is where my uber-talented wife Demelza Rafferty and my sons Oscar and Axel are—currently, Tasmania. When I’m not building toy train tracks or watching Wild Kratts, I love reading and rereading Vonnegut, Borges, Italo Calvino, or any of the comic books from my vast collection. Yes, I’m a serious comic nerd. My oldest son's middle name (Thorgal) is that of a Belgian comic book hero: a viking from outer space. I still can't believe my wife let me get away with something like this... Twice! My youngest’s middle name (Zoso) honors Jimmy Page and my other guilty pleasure: listening to old vinyls of British blues, be bop, prog rock, psychedelia, and—when I’m on my own—blast metal until my ears bleed... so to speak.