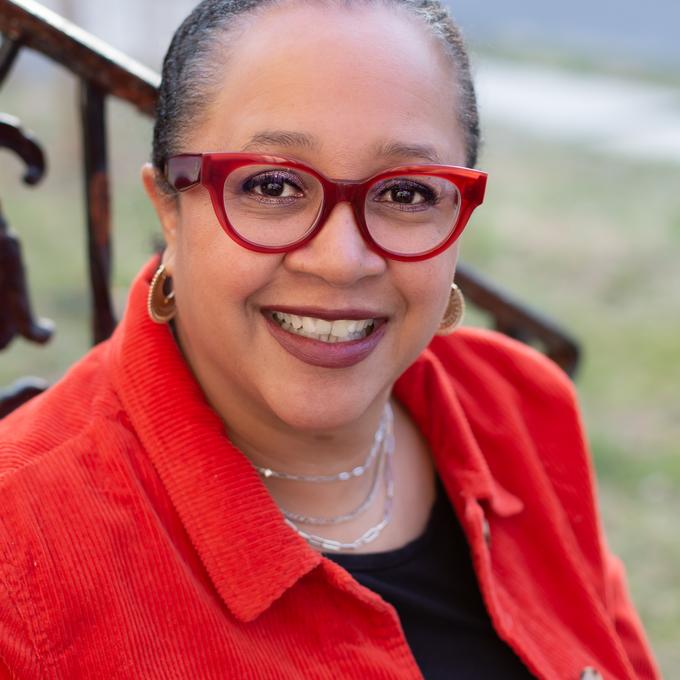 Christina Swarns is the Executive Director of the Innocence Project. The Innocence Project
works to free the innocent, prevent wrongful convictions, and create fair, compassionate and
equitable systems of justice for everyone. Founded in 1992 by Barry C. Scheck and Peter J. Neufeld at the Benjamin N. Cardozo School of Law at Yeshiva University, the organization is now an independent non-profit. Since its inception, the Innocence Project has used DNA and other scientific advancements to prove wrongful convictions. To date, we have helped to free or exonerate more than 200 people who, collectively, spent more than 3,600 years behind bars. Our efforts have led to the passage of more than 200 transformative state laws and federal reforms. Today, the Innocence Project continues to fight for freedom, drive structural change, and advance the innocence movement. Our work is grounded in science and guided by anti-racism.

Christina previously served as the President and Attorney-in-Charge of the Office of the
Appellate Defender, Inc. (OAD), one of New York City’s oldest institutional providers of indigent
appellate defense representation. OAD strives to ensure that poor people convicted of felonies
receive full and fair access to justice by providing exceptional appellate representation, improving the quality of indigent defense representation through education and training, and advocating for systemic reform of New York City’s criminal justice system. Since its founding in 1988, OAD has maintained a national reputation for superb appellate advocacy and innovation, as well as a holistic, client-centered, approach to representation.

Prior to joining OAD, Christina served as the Litigation Director for the NAACP Legal Defense
& Educational Fund, Inc. (LDF). In that capacity, she oversaw all aspects of LDF’s economic justice, education, political participation and criminal justice litigation. Christina conceptualized and evaluated new cases and campaigns, reviewed and edited all substantive briefs, assisted with preparation for oral arguments, and provided overall supervision for the legal staff. Christina also strategically engaged the media through the development of messaging themes, press releases, talking points, letters to the editor, op-eds, and other communications vehicles.

Christina argued, and won, Buck v. Davis, a challenge to the introduction of explicitly racially
biased evidence in a Texas death penalty case, in the United States Supreme Court. In a February 2017 decision, Chief Justice John Roberts, writing for a 6-2 majority, vacated Mr. Duane Buck’s death sentence and denounced the “noxious strain of racial prejudice” that infected the case after an expert witness testified that Mr. Buck was more likely to commit criminal acts of violence in the future because he is Black. Christina was the only Black woman to argue in that Supreme Court term, and is one of the few Black women to have argued before the nation’s highest court.

Before becoming LDF’s Litigation Director, Christina served as the Director of LDF’s Criminal
Justice Project, where she analyzed, developed and implemented litigation, organizing, public
education, communications and other advocacy strategies to ensure that the American criminal
justice system is administered fairly and without regard to race such that all communities receive fair and appropriate police protection and that all individuals charged with or convicted of crimes are afforded the safeguards guaranteed by the constitution. In that capacity, Christina litigated such significant impact cases as Davis v. NYC (challenging the New York City Police Department’s unlawful pattern and practice of indiscriminately stopping, questioning and arresting Black and Latino New York City Housing Authority residents and guests for purportedly trespassing) and State of Mississippi v. Brister (vacating life without parole sentence for child offender). She also filed significant amicus briefs in Miller v. Alabama (addressing racial discrimination in the origins of juvenile life without parole sentencing to support abolition of such sentences), Maples v. Thomas (urging a constitutional right to effective assistance of post-conviction counsel in capital cases), Graham v. Florida (addressing the challenges faced by children navigating the criminal justice system to support abolition of juvenile life without parole sentencing for non-homicide offenders), and Berghuis v. Smith (addressing requirements for jury fair cross-section challenge).

A passionate legal advocate, Christina speaks and writes regularly on issues concerning
race, law, and criminal justice. She is frequently interviewed by media outlets including: PBS NewsHour, NBC, MSNBC, Democracy Now!, CNN, National Public Radio and the New York Times. She has authored op-eds, including, “The Supreme Court Should Reject Arizona’s Death Penalty Gambit” and “Dylann Roof Shouldn’t Get the Death Penalty,” both of which were published in the New York Times. An interview of Christina by Academy Award-winning film maker, Errol Morris, was published in the New York Times (“Who is Dangerous, and Who Dies?”), and she was profiled by the ABA Journal (“Lady of the Last Chance: Lawyer Makes Her Mark Getting Convicts Off Death Row”), the Washington Post (“Defense Lawyer Fights Racism in Death Row Cases”), and in CES FEMMES QUI PORTENT LA ROBE – FEMMES ENGAGES, FEMMES DE RESEAU (THESE WOMEN WHO WEAR THE ROBE – WOMEN ENGAGED, WOMEN NETWORKING), a book by Christiane Féral-Schuhl, Past President of the Paris, France, Bar Association, for her successful representation of condemned prisoners.
Prior to joining LDF, Christina served as a Supervising Assistant Federal Defender and Assistant Federal Defender at the Capital Habeas Unit of Philadelphia’s Federal Community Defender Office. While there, Christina represented numerous death-sentenced prisoners whose convictions and/or death-sentences were reversed, including Nicholas Yarris, the first death sentenced prisoner in Pennsylvania to be exonerated by DNA evidence. Christina began her legal career as a Staff Attorney with the Legal Aid Society’s Criminal Defense Division in New York.

In 2021, Christina received the Champion of the Community Award from Gideon’s Promise;
in 2018, she received the Norman Redlich Capital Defense Distinguished Service Award from the New York City Bar Association’s Capital Punishment Committee in 2017 she received the Sadie T.M. Alexander Award from the National Black Law Student Association in 2014, Christina was selected by the faculty of the University of Pennsylvania Law School to be an Honorary Fellow in Residence, an honor given to an attorney who makes “significant contributions to the ends of justice at the cost of great personal risk and sacrifice;” and in 2011, Christina served as a Practitioner-in-Residence at Berkeley Law School. Christina earned a J.D. from the University of Pennsylvania Law School and a B.A. from Howard University