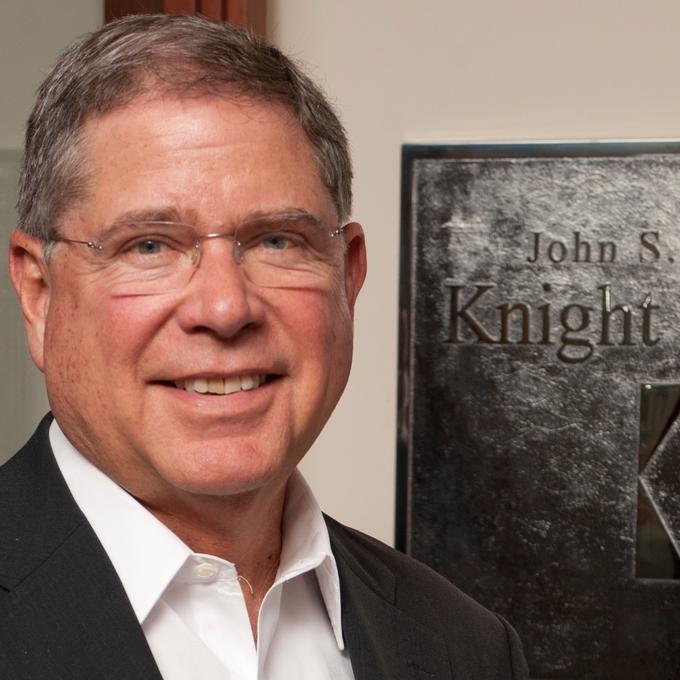 Alberto Ibargüen is president, CEO and a trustee of the John S. and James L. Knight Foundation.

He studied at Wesleyan University and the University of Pennsylvania Law School. Between college and law school, he served in the Peace Corps in Venezuela’s Amazon Territory and was the Peace Corps Programming and Training Officer in Colombia. After law school, he practiced law in Hartford, Conn., until he joined The Hartford Courant, then Newsday in New York, before moving to Miami.

He is a former chair of the World Wide Web Foundation, founded by Web inventor Sir Tim Berners­-Lee to promote a free and universal Web. Over time, he has served on the boards of arts, education and journalism organizations, including the Lincoln Center for the Performing Arts, Wesleyan University and Smith College. He is trustee emeritus of theNewseum in Washington, D.C., where he served as board chair. He also chaired the board of PBS and served on the boards of the Council on Foreign Relations, the Committee to Protect Journalists and ProPublica.

He is a member of MIT’s Visiting Committee for the Media Lab, is a fellow of the American Academy of Arts & Sciences and is on the board of American Airlines. For his work to protect journalists in Latin America, Ibargüen received a Maria Moors Cabot citation from Columbia University.